Are You In Charge Of Your High School's Science Program?

Now that the holiday season is over and 2018 is rapidly becoming a thing of the past, perhaps you are now focusing on the high school educational science programs that you are in charge of. Are you a science teacher? Perhaps you are actually in a leadership position at your child's high school. No matter the situation, from creating a program that focuses on historic science events to compiling a keepsake book about the science program, here are some ideas that might help you.

Focus On Historic Science Events - Think about creating a program that covers scientific events from the past — such as events that impact today's everyday living. For example, ask specific individuals — perhaps students that love science — to depict the role of people from the past like Albert Einstein, Thomas Edison, Alexander Graham Bell and Benjamin Franklin. Ask others to represent modern-day scientists like Jane Goodall, Alan Guth and Stephen Hawking.

Besides dressing up as those scientists, perhaps each participant in the high school science program could even create a small staging area that would represent what they are famous for. For instance, the area for the person who will be telling about Jane Goodall might have pictures of her with the gorillas she loved. The area where Alexander Graham Bell's character would be could have pictures of early telephones.

Create A Keepsake Book - Think of asking certain students to photograph the participants and the settings in each of their areas that can be placed in a keepsake book. It certainly doesn't have to be an expensive enterprise. Think of just having the illustrations and the write-ups done in black. The covers could simply be inexpensive binders that would serve as a place to keep further science reports.

In creating the keepsake books, consider asking students in each science class to write a report on a part of science that interests them. Then place those reports along with the ones on the famous people that were featured in the program. For example, one student might be fascinated with anthropology. In that case, his or her report would be placed alongside the one about Jane Goodall. Another student might be interested in photography. His or her report could be placed in the same section as Thomas Edison's feature. Think of getting one or more of the students to do an illustration that could be slipped right into the front of the binder. 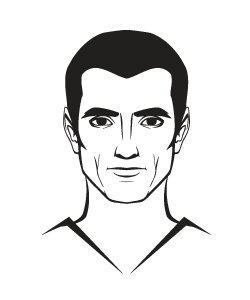